Before I jump right in with a resounding “yes” I hope to answer more than the question of whether it is time to buy or sell an Outer Banks beach house. I want you to see the positive outlook for both buyers and sellers alike. I would like to think that anyone will do well from either side of the [negotiating] table as prices have not skyrocketed like the early-to-middle years of the previous decade. Given the current economic conditions and financial policies in place we should not see a bubble like that again in our lifetime, hopefully. Either way, the year-over-year gains is a confidence booster for all parties.

According to the Outer Banks Association, or REALTOR MLS, single family homes have seen modest gains in prices (~1.4% annually) over the past 5 years as well as shorter average time on market (~5.9% less time) and decreasing discounts off asking prices (less than 5% off, versus a little over 6%). These are some of the favorable market attributes from the sellers’ perspective. What’s in it for the buyers? Five years of gains (remember I said modest) instills confidence in the market. The gains aren’t enough to have buyers feeling “priced out” and, 5 years of gains shows that the tide has most likely turned for the next upcycle. To offset the small increase in cost of ownership, due to price appreciation, the interest rates are down about 1 full percentage point in that same time period; according to Freddie Mac. I even saw a 3.75% rate for a 30-year loan with no origination points on a lender’s rate sheet last week!! Since recordkeeping of mortgage rates has been tabulated by Freddie Mac in the early 1970s, this is the 2nd lowest average rate year we’ve seen. The lowest was in 2012. There is a lot of chatter out there in the markets saying that the rates could possibly go even lower.

When the conditions are right, it’s always a great time to buy or sell a home. Currently, we are in a favorable market for either side. If you are buying or selling a vacation rental home, now is one of the best times of year to get in the market, or get your home on the market for sale. The main rental season starts at the end of May. There is a strong demand to purchase rental homes and to time the closing to where the rental income begins flowing immediately, or shortly after closing. In many cases, rental deposits have already been taken and would be an instant bonus at closing for the buyers. The bonus for the sellers is that the discount (off of asking price) is at its lowest on the closings occurring between April and July, which translates to contract signing occurring between February and May. 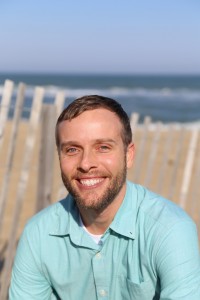 For a complimentary professional consultation for buying and/or selling Outer Banks real estate, feel free to call or email me anytime. I look forward to hearing from you soon.