Anyone who has ever lived or visited the Outer Banks has heard about the Mid-Currituck Bridge. Opinions vary depending on whom you talk with at the time. Some swear that the bridge will be built and still others claim that it is never going to happen.  The truth is actually somewhere in the middle.  Let’s take a second to separate the facts from opinions.

The plan to build a bridge that connects Corolla to the mainland has been around since the 1970’s. The bridge would greatly relieve traffic congestion on NC 12 though Duck and Southern Shores and cut an hour off of trips to Corolla. On January 19, 2012, the Final Environmental Impact Statement (FEIS) was released by the N.C. Turnpike Authority. It recommended the construction of the bridge as well as limited improvements to existing NC 12 and Us 158.  This project was slated to begin in late 2012. In June 2012 the NCDOT recommended not to fund the project.

This debate has gone back and forth from the very beginning. The opponents have cited costs as being the biggest obstacle with the bridge costing between 500-600 million to be built. There are many opinions that the funding allocated for this bridge should be used for the Oregon Inlet Bridge since many feel the Oregon Inlet Bridge is a hazard for everyone who crosses it. The question of funding has always put a damper in this project.

According to Jeff Hampton , “[As of December 2015,] the mid-Currituck bridge connecting the mainland to Corolla, N.C., is back on track”.  Kip Tabb writes, “With each hurdle that is passed, the Mid-Currituck bridge edges closer to realty”.  The feelings from many are positive that a toll bridge will eventually be constructed.  I can’t help but think that maybe some of these thoughts are more wishful thinking, but I agree and support that the bridge would supply jobs and stimulate our economy.

There are other issues that could impact the bridge being build. I’ve seen more and more closures of our beaches in recent years due to environmental activism. This same group may align itself with another species that is not in trouble to serve it own agendas to control our environment.

The question to whether the bridge will be built or not has many variables that aren’t easily answered.  Funding and environmental impact are its biggest opponent. Still most wish to dream of a time when they didn’t sit in traffic on Saturdays and early check in’s were available at every house. Whether fact or opinion, the hope for the Mid-Currituck Bridge lives on for locals and tourists alike. To build or not to build, that is the question. 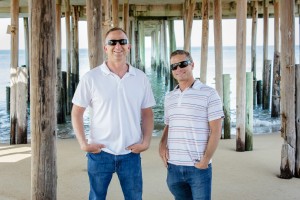 For more insights about the Outer Banks and surrounding area please feel free to contact Ken or Pete with Best Buy OBX of Outer Banks Blue.