Understanding the elements of the financial sector is absolutely crucial to be a successful investor in today’s real estate market. Reading between the lines, a little common sense and a professional Broker representing you will go a long way. Knowing when and where to invest your money wisely should also depend on what’s happening with banking rates, mortgage backed securities, current and proposed financial regulations and current state of the stock market.

Our current market along the Outer Banks has been on the upswing with an improving market for the last few years. 2017 was the best year locally along the Outer Banks since 2005 with over 766,000,000 in sales and a total of 2,560 units sold! That is a good and financially sound real estate market. Contributing factors have been competition among lenders with Low Interest Rates, Record Low Inventory, Improved Economy and the rise of home values. With the recent Volatility of the Stock Markets I have been getting more calls from several Investors wanting to diversify their investments out of Stocks and into Real Estate.

When I was reading through a Few Financial articles recently I came across a Financial Bill being currently proposed in the Senate that will have great effects on Real Estate…..The Rollback of major parts of the Dodd Frank Act. Do you remember this name? If you were affected by real estate during the crash of 2007 or knew a little about the way our banking regulations worked you certainly should remember. The Dodd-Frank Wall Street Reform and Consumer Protection Act was passed in 2010 and it’s intentions were in overhauling the Nations Financial Regulatory System. If you were an Investor, Broker or even just a property owner during that volatile time-period you certainly felt the effects the Financial sectors ultimately put on the Real Estate Market. No Documentation Loans, Fraudulent Secondary Mortgage Markets and a general lack of ethical banking and lending principles were mostly to blame. In turn most lost large portions of equity, went Upside down on their mortgages, Foreclosures were rampant and the economy was in peril.

Fast Forward 11 years….Real Estate has recovered and the economy has greatly improved. Large parts of corrective oversight in certain lending regulations passed by the Dodd Frank Act which in turn righted a lot of wrongs in the way lenders lend and the way Wall Street handles the Billions of Dollars it deals with in the Real Estate Financial sectors were a factor. That being said, as a local professional REALTOR here along the Outer Banks that takes great pride in my profession I find it concerning that a good portion of proposed rollbacks to Dodd-Frank are being passed through Congress as we speak. The Bill has many items and more than likely may have more items attached with riders in other proposed bills in order to gain support. Long Story Shortened- This Bill would Exempt Banks with less than 250 Billion in assets from tighter Federal Reserve oversight. This frees smaller banks and financial firms from the rules that were implemented originally and helped our real estate markets and economy recover. It does not take a financial genius to see that this could be a big issue. While I am for an improved economy through sound financial means I would think twice before Rolling back items that left our economy in shambles just over a decade ago. I encourage you to look into these proposals and let your voice be heard. Thanks for reading my Real Estate Blog.  I trust it was informative and made you ponder… 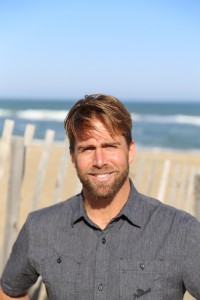 For more information on all things Real Estate or any questions on the Outer Banks, feel free to contact Shane Collins directly with the OBX Island Guys of Outer Banks Blue Realty Services. (252) 202-1193 or email at shane@outerbanksblue.com.