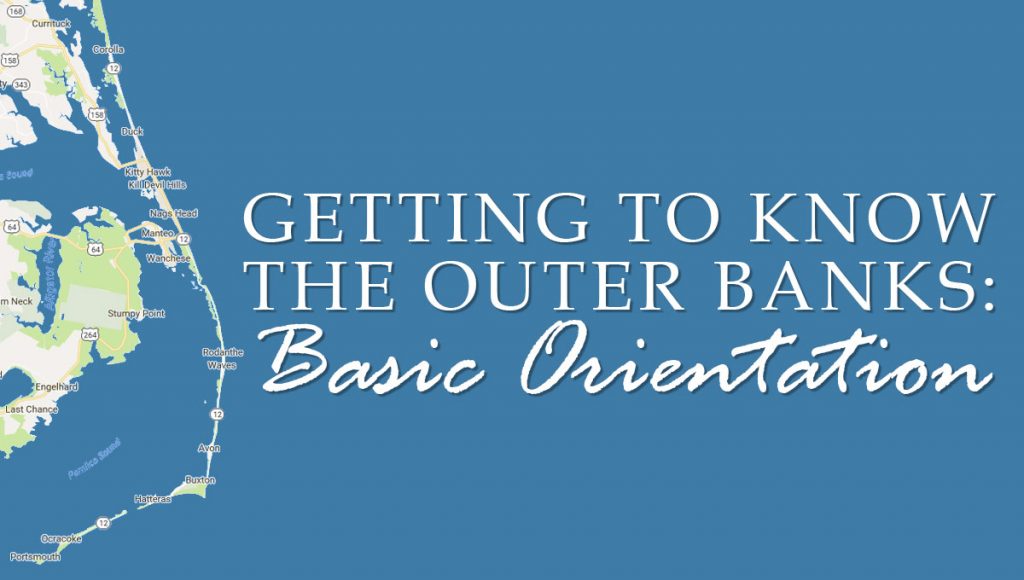 Vacationers find the Outer Banks to be a beautiful and pretty straightforward place to visit—there’s Corolla on the north end, Ocracoke to the south, and everything for the most part is aligned north and south.

However, for anyone who has made the decision to move to the Outer Banks, it quickly becomes apparent this is a more complex area than it appears at first. Different groups, of course, will have different needs and different questions; a retired couple will want to know about cultural activities, maybe a part time job and a social network; a family with children will want to know about the school systems and recreational activities.

There is some knowledge, though, that anyone moving to the Outer Banks will find useful, so we’ll start there and provide more specific information in the future.

The Outer Banks north of Duck is sometimes referred to as the Currituck Banks and it consists of two communities. Corolla is the area from the county line to the end of the paved section of NC 12; Carova begins at the end of the paved road and extends to the Virginia state line. Carova, the home of the Corolla Wild Mustangs, has no paved roads and is accessible by 4WD vehicle only.

During the summer Corolla is a thriving small city of 40,000-45,000 new residents every week. During the winter the population shrinks to 800 permanent residents including Carova.

After crossing Oregon Inlet, the northern 12 miles of Hatteras Island is Pea Island National Wildlife Refuge. The first community is Rodanthe, which is the northern most of the Tri-Villages—Rodanthe, Salvo and Waves.

Although they have never boasted large populations, the Tri-Villages have a rich cultural history that extends to colonial times.

After the Tri-Villages the next town south is Avon. Old timers will sometimes refer to it as Kinakeet, which was its original name. In some ways, Avon is the commercial center of Hatteras Island with the only true supermarket and shopping center south of Oregon Inlet.

Between Avon and Buxton there is a beautiful stretch of open road where Cape Hatteras Light is located. The road then goes through Frisco and finally Hatteras Village.

At Hatteras Village there is a ferry to Ocracoke. The only way on or off Ocracoke is by boat…or aircraft. Ocracoke is a beautiful little village with a permanent population of 900.

Neither Corolla nor Carova are incorporated towns, and zoning decisions, local fees and ordinances are made by County Commissioners who meet in the town of Currituck on the mainland. The combined populations of Corolla and Carova elect a County Commissioner who represents them.

The northern Outer Banks towns are incorporated, as is the county seat of Manteo. The towns are responsible for fire and police protection as well as enforcing their own zoning and permitting procedures.

County Commissioners are elected from the incorporated towns and work with the towns on a number of issues. Town and county cooperation was particularly important in developing an Intra-local funding formula for beach nourishment.

None of the communities of Hatteras Island are incorporated and they are represented by a county commissioner.